The 23rd United Nations Conference on Climate Change, or COP23, which is being held from 6-17 November in Bonn, in Germany,  is the first climate meeting chaired by a small island state, Fiji. “It’s a huge responsibility for a small island state,” said Frank Bainimarama, the Fijian prime minister, told reporters on the last day of COP22.

Each year, this conference allows the international community to take stock of the Paris agreement signed two years ago. The aim is to continue to insist on the current urgent situation in terms of global warming by defining new goals. This year, one of the major issues concerns the United States and there presence during the COP23 regarding the Trump decision to leave the agreement since last June.

Fiji, the first island state to chair this conference

The Fiji presidency at this COP is a historic breakthrough, this is the first time a COP is chaired by a small island country in which the consequences of global warming are strongly felt. At the forefront of the discussions, this particularly important place will allow Fiji to be a true spokesman for the Alliance of Small Island States (AOSIS) Members and finally to make their voices heard among the big states that are the main actors.

Indeed, the Pacific region is extremely affected by natural disasters and the first villages “climate refugees” have emerged. One example is the village of Vunidogoloa, which had to be relocated and rebuilt in 2013 because of rising water levels and repeated floods. Since then, many other villages have been displaced and the phenomenon continues to increase. In Lakeba school, a terrible flood has destroyed much of the infrastructure attracting insects that are very dangerous for children.

Deo Saran, the COP23 climate ambassador and the Fiji ambassador to the European Union presented the Fijien case and the possible ways that companies could reduce their carbon emissions.

He said he is committed to the issue of climate and sustainable development, which for Fiji are issues that directly affect the country’s major economic and social problems such as health, hunger and energy. He added that his role in this COP23, will be to highlight and insist on the vulnerability of communities living on the islands, which are the first affected by global warming.

Finally, he said that business leaders of major economies have their role to play in this fight against the impacts of climate change. Companies need to feel more concerned and provide support for adaptation and mitigation measures to reduce carbon emissions. The automotive sector remains one of the most polluting C02, car manufacturers have a real impact on gas emissions and should be concerned. 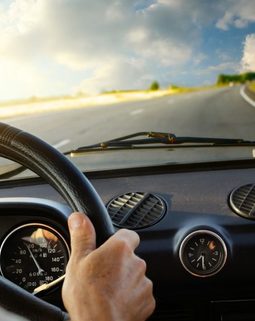 Buy a car in Fiji

Driving as an expat in Fiji. What to expect?